Twice a year, students from across the region are invited to apply for the Appalachian Regional Healthcare (ARH) Scholars program. The ARH Scholars are awarded a $5,000 academic scholarship to pursue a degree in healthcare. Their stories are unique, but a common thread unites every winner: a desire to make a difference to the people of Appalachia through healthcare. The Fall 2019 class of ARH Scholars included ten talented future healthcare providers, like Kaley Collins, from West Liberty.

As a senior at Morgan County High School, Kaley, like most teenagers, tries to balance work and fun as much as possible: “I love hanging out with my friends and doing activities on the weekends,” Kaley says, “but I also work very hard in school and try to get the best grades I can.” Even while she’s in the middle of her final year as a high school student, she’s already making plans for her future. In the fall, she’ll be a first-year nursing student at Morehead State University.

“I chose nursing because I love the feeling of helping people,” Kaley says. “My aunt and cousin both worked at Morgan County ARH. Being around them and hearing them talk about the gratifying experiences they’ve had in nursing is what originally sparked my interest in the medical field.”

At Morgan County High School, Kaley has already begun her medical studies. “I have an instructor who worked at ARH as a nurse,” Kaley says, and recalls the classes she’s taken so far: “Principles of Health Science, Medical Terminology, and Emergency Procedures. This year I’m taking Nurse Aide, too, and at the end of the year I’ll get to go and take the state test to become a CNA (Certified Nursing Assistant.)” Kaley has enjoyed every medical class she’s taken so far and can’t wait to further her studies in the nursing program at Morehead State.

Kaley talks about nursing in a very specific way: she doesn’t just want to help people, she wants to help the people of Morgan County, where she was born and raised. “I want to give back to this community,” she says, “I love West Liberty. It’s a family town, and everyone knows everyone else. We’re all close. So, in the future, I see myself living and working in Morgan County.”

There’s a lot to be done between now and the future that Kaley is working toward, and she knows it. Already, she’s looking beyond her 2024 college graduation, and exploring post-baccalaureate programs, like the physician assistant program at the University of Kentucky. Seeing years of schooling ahead of her inspired Kaley to apply for the ARH Scholars program.

“Our guidance counselor shares all of the available scholarships with us, and of course, ARH Scholars interested me because it was for the medical field. When I got a letter in the mail saying that I’d gotten the scholarship, I felt so relieved because that money helps a lot.” Kaley says, mentioning how expensive college can be. “And,” she continues, “it’s an honor to be named as a recipient, because ARH is our local hospital. It feels like my community is supporting me now, and then later I can give back to my community. I want to see my patients get better; I want to change people’s lives.” 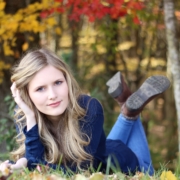 Twice a year, students from across the region are invited to apply for the Appalachian Regional Healthcare (ARH) Scholars program. The ARH Scholars are awarded a $5,000 academic scholarship to pursue a degree in healthcare. Their stories are unique, but a common thread unites every winner: a desire to make a difference to the people of Appalachia through healthcare. The Fall 2019 class of ARH Scholars included ten talented future healthcare providers, like Courtney Kincaid, a first-year nursing student from Meadowbridge, West Virginia.

Courtney has always felt drawn to nursing. “Nursing is all I could really see myself doing, even from a very young age,” she says. “My grandmother was an LPN in the neonatal unit at a local hospital, and I always looked up to her. I wanted to care for people like she did and have the kind of heart that she had.”

While Courtney was attending Meadowbridge High School, she was already caring for people in her community by participating in her local church group and volunteering at food pantries. Then, her friend was diagnosed with inflammatory breast cancer, a rare type of cancer with next to no funding. Courtney decided to do her senior community service project with the Inflammatory Breast Cancer Network Foundation, an experience that piqued Courtney’s interest in cancer and disease research.

Now a nursing freshman at West Virginia Tech in Beckley, Courtney is convinced that she’s chosen the right path. As a part of WVU Tech’s student nursing association, she’s given the opportunity to talk to more experienced students about what to expect in later years. “I’m not at the point where I’m doing clinicals yet, but talking to older students about their experiences has helped me to know that this is what I want to do.”

Courtney’s hope is to get a nursing externship at ARH, before pursuing post-baccalaureate training to become a Nurse Practitioner. Ultimately, her goal is working at a family practice near her hometown. “I want to stay in this community and give back,” she says. “I want to make a difference in the life of every patient I see. There are so many people around here who need help, and my community has done so much for me.” Beyond just giving treatment, Courtney sees her responsibility as a healthcare provider entailing something more. “I want to have a relationship with my patients and their families. I want to help them feel comforted when they’re sick and scared.”

Courtney is grateful for the support of her parents, teachers, friends, and community. When a friend sent her the link to the ARH Scholars application, Courtney says that she thought “my friend thought maybe I would get this, so I’ll try it.” When she got her acceptance letter in the mail, she was stunned, but honored. “I didn’t expect to get it. So many people apply, and I know it’s hard to choose, but it feels like a vote of confidence in me. It feels like my community believes in me. I’m so grateful for that, and I hope I’ll be able to give back to them in the future.”

This story was featured in the February 23rd edition of the Beckley Register-Herald. 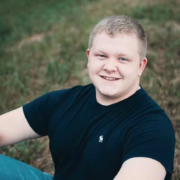 Twice a year, students from across the region are invited to apply for the Appalachian Regional Healthcare (ARH) Scholars program. The ARH Scholars are awarded a $5,000 academic scholarship to pursue a degree in healthcare. Their stories are unique, but a common thread unites every winner: a desire to make a difference to the people of Appalachia through healthcare. The Fall 2019 class of ARH Scholars included ten talented future healthcare providers, like Jaxson Ratliff, a senior at Johnson Central High School.

As part of the Johnson Central High School student council and spirit club, an ARH youth health ambassador, and an active part of his church’s youth group and praise team, Jaxson keeps pretty busy. He attributes that to the positive influence of his family, and especially his mother, who teaches chemistry at Johnson Central. “My mom is one of hardest-working people I know. She tries her best at everything she does, gives everything she has, and drives me to work as hard as possible.” Jaxson says his mom’s example and encouragement has made him the student that he is today.

While Jaxson is wrapping up his senior year in high school, he’s already looking ahead. At Johnson Central, he’s been preparing for a career in healthcare by participating in a biomedical science program through Project Lead the Way. “I just love everything involved with that program: the teachers and the curricula are great, and it’s been very eye-opening in terms of what you can do within the medical field.”

Even before beginning the biomedical sciences program, Jaxson already thought he’d like to go into the medical field. His 7-year-old brother, Carson, was born with Down syndrome, and has had many medical challenges in his short life. “My little brother is an inspiration to me. He’s been through so much in his 7 years: surgeries, therapy three times a week, doctor’s appointments. But he always has a smile on his face and he’s always happy. If anyone embodies perseverance, it’s him.”

Jaxson was particularly influenced by the way that Carson’s occupational therapist positively impacted his life. “He started OT when he was about two weeks old, and his therapist has been so wonderful for him. He’s made huge strides that I don’t think he would have made without the help of a professional who cares about what she does and cares about him. As I watched him start to progress under her care, it made me think ‘I would love to be able to do the same thing and have that kind of impact.’ So, as I’ve been trying to decide what to do professionally, occupational therapy has been one of the frontrunners for me.”

It was through his participation with the ARH Youth Health Ambassadors program that Jaxson was introduced to the ARH Scholars program, and with sights set on healthcare he decided to apply. When he found out that he’d been selected, “it was definitely a day of celebration in the Ratliff household!” he says. He’s putting his scholarship towards his first year at Morehead State University, beginning in the fall of 2020. He’ll be majoring in exercise science and, he hopes, minoring in traditional music, before continuing on to pursue a post-baccalaureate degree.

Ultimately Jaxon just wants to help those in need. “I want to see special needs individuals develop in the best way that they can. I want to be able to provide an experience for patients like my brother has with his therapist. She’s been with him since he was two and does an amazing job in every session with him. She is always thinking of new ways to try to help him learn and grow. Every special needs person should have the chance to have the same level of caring. I want to provide that.”