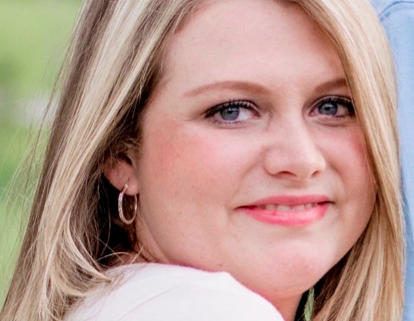 Jessica Cornett was thrilled when she learned she had been named an Appalachian Regional Healthcare (ARH) Scholar for the 2017-2018 academic year, but she was even happier when she realized the award brought more than just a financial grant. As an incoming, first year student at Galen School of Nursing in Hazard, Cornett will have a mentor assigned to her who will help her through the demanding courses needed to become a registered nurse (RN).

“Very few in my family have gone to college so I’m really on my own,” Cornett explained. “I started school thinking I wanted to teach and earned my Associate’s Degree (AD) at Southeast Kentucky Community and Technical College. At the time I didn’t know what I wanted to do so I took basic courses and majored in art. That really didn’t help me figure out where I needed to be professionally.”

After deciding teaching and art would not be her life’s work, Cornett took a position with Whitesburg ARH Hospital as a medical access coordinator. In that position, Cornett works in the central pharmacy coding drugs so they are billed appropriately. The environment led Cornett to the realization that a career in patient care might be the right fit for her. “Working in the hospital helped me understand that I really wanted to be a nurse,” she explained. “I wanted to help people. I liked what nursing was all about.”

When Cornett saw that ARH would be awarding scholarships for students who also happened to be employees or be a family member of an employee, she immediately decided to apply. “I had just gotten back from vacation so I was a little short on time. You needed to write an essay and provide a detailed budget, along with two personal references, your transcript and acceptance letter to school. I was more than happy to put in the time and effort, but I worried about asking other people to put in their time. Fortunately, I got my letters of reference and submitted everything on time.”

Cornett says she had no expectations, but just hoped she would be one of the awardees. “It was such a relief when I heard I had won and I’m super thankful. It won’t cover everything, but it certainly helps,” she said.

But the scholarship and the mentor will not be the only way ARH will contribute to Cornett’s success. “I’m not sure how my work schedule will fit into my classes, but I know ARH has worked with others to at least let them work part-time while going to classes. I appreciate that flexibility.”

Additionally, Cornett is looking forward to the time she can apply to a nurse extern position with ARH. “The nurse extern program helps by providing you a part-time job, working along side RNs who have done what you are attempting to achieve. That support will be so helpful.”

Cornett says she isn’t worried about doing well in school. “I’m a hard worker and I feel confident I will be able to do the course work, but it’s making everything balance that worries me. I’m married and I have a healthy 15-month-old little boy. This is going to turn my personal life upside down but I know it’s well worth it. It’s just going to take a little bit of adjusting at first. We’ll do it.”

When Cornett says “we’ll do it”, it is apparent she means she’ll have the support of her family, but she is also referring to ARH. “The scholarship, the mentor, the flexibility with my schedule and the nurse extern program will all help toward my success. They have been a real partner to helping me finally figuring out what I want to do with my professional life. Everything together will ensure I can contribute to my community as a registered nurse.”