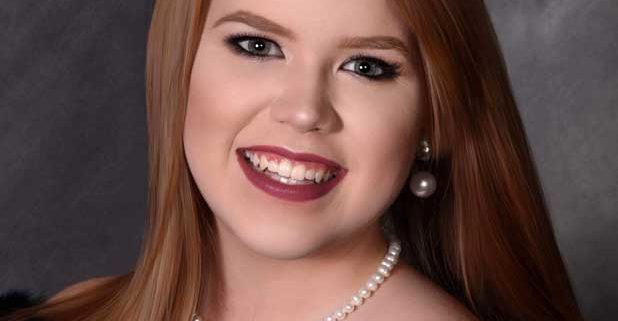 “I love ARH hospitals,” Kaylee says. “I was born there, and several times when I was growing up I’d fall and twist my ankle and I’d go there to get an x-ray because I thought my ankle was broken. They were always nice and I was never scared to go…It has just always been a part of my life.”

She grew up in Phelps, Kentucky, and recently graduated from Phelps High School this June. As a student she had the opportunity to attend an early college academy through Pike County Schools where she first learned about ARH Scholars. Little did she know, she would learn of her acceptance into the program on one of the most exciting nights of her high school career.

“I was actually at my senior prom when I got an email saying congratulations!” Kaylee says. “I looked at my boyfriend and I was like, ‘Am I reading this right? Am I really a finalist for this? Did I really win it?’ I was so excited and shocked, I messaged my mom immediately and was like, ‘Momma I really won this scholarship!’ Because when we applied I didn’t really know if I had a chance at it.”

As an ARH Scholar, Kaylee will receive a financial reward of $5,000 toward tuition and living expenses while beginning her college career pursuing a degree in Biology at the University of Pikeville. Her goal is to ultimately become an optometrist and help children who have eye sight issues similar to those she dealt with as a child.

“I always grew up saying I wanted to be a doctor, but I didn’t really know what kind,” Kaylee says. “I went back and forth between being a dentist or an eye doctor. Then I talked about optometry for a long time…because my entire life I’ve had eye issues and constantly had to go to the eye doctor and get my eyes checked, so I kind of relate to that. I just want to be able to help people deal with something that I grew up dealing with myself.”

Kaylee received her first pair of glasses in fourth grade and upgraded to contacts in sixth grade.

“I went for a little while before I realized that I had an eye issue, but once my mom found out she took me [to the optometrist],” Kaylee says. “I noticed it myself…because I was having trouble seeing the board and things like that…but just never said anything about it because I was scared to get glasses.”

Kaylee plans to attend the Kentucky College of Optometry at the University of Pikeville and ultimately work in pediatric optometry. She hopes to have the opportunity to work with the school system to offer free eye exams to students in hopes that she can detect any eye issues they may be suffering from.

Kaylee is one of the eleven 2018 ARH Scholars chosen among 72 applicants.

“The competition was very intense,” explained Christopher Johnson, System Director Employee and Labor Relations at ARH. “We are pleased to offer these awards in an effort to encourage individuals to pursue higher education.”