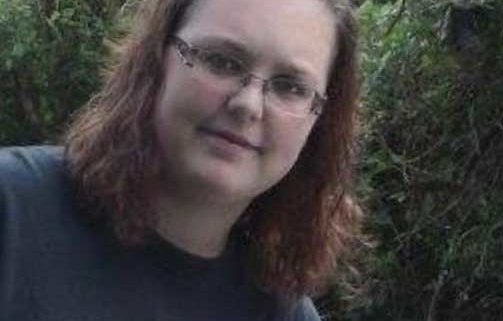 The Fall 2018 class of Appalachian Regional Healthcare (ARH) Scholars includes students from all over the region, in various stages of life with one common goal – to make a difference in Eastern Kentucky healthcare.

Sasha Engle has been working toward this goal for over 10 years and is now pursuing a nursing degree as part of the partnership between ARH and Galen College of Nursing.

“Ever since I was a little girl I knew I wanted to be a nurse,” Sasha says. “I worked as a CNA for 10 years, four of which were at Whitesburg ARH. I always knew I wanted to be in the medical field and wanted to grow my career. ARH is all I ever knew growing up, it’s the only hospital around us. When I got the job it felt like I was working with family. The atmosphere is that down home care where you know their only goal is to help the community and give back.”

Sasha was born and raised by her father and grandmother in Linefork, Kentucky just outside of Whitesburg. Her father taught her the importance of hard work and dedication at a young age. Unfortunately, her father lost his life working as a coal miner when she was young, but his lesson prevailed throughout her life. Sasha has worked hard for everything she has accomplished in her career and life. Starting in the food service industry at the age of 16, Sasha has worked her way up – and she’s not done yet.

“My dad was my biggest mentor throughout my life,” Sasha says. “Even from the grave he’s been the biggest mentor for me. He taught me that nothing will ever be given to me, hard work, determination and never giving up will help me succeed in life. My kids keep me going too. They’re a handful, but they’re the motivation to keep me going.”

She says her family and community serve as motivation as she grows in her career. She has been married to her husband for 10 years and they have two children, an eight year old girl and three year old boy both born on the same day.

Sasha is now one of 10 students throughout the 12 ARH communities named a Fall 2018 Appalachian Regional Healthcare (ARH) Scholar. This award will allow her to continue her pursuit of making healthcare more accessible throughout Eastern Kentucky. As a first time applicant, she was ecstatic, proud and admittedly a bit shocked when she received the news that she was a recipient.

“I received an email congratulating me for being an ARH Scholars winner and I thought it was a joke,” she says. “I soon realized it was real and I felt so grateful for the opportunity to apply and win among many different contestants. They felt that I was great enough to win this, represent my community and show people that a mom of two can go on to pursue her dreams. Being a mom does not knock you down from doing what you want to do.”

“The scholars are selected by the ARH Scholars Judging Committee,” says Danya Anderson, ARH Scholars Coordinator. “Once I receive the applications, I prepare them to be sent to the committee by making them a ‘blind’ application, which makes it fair for each applicant. The Scholars award is paid in two installments of $2,500 directly to the school.  One is payable after verification and the other is paid the following year. For this round, we had 73 applicants with 10 finalists awarded.”

Sasha is grateful and excited for this opportunity and the doors it will open for her career. Once she graduates from Galen College of Nursing in October 2019 she hopes to continue working for ARH. Ultimately, she plans to obtain her BSN in the future.

“I just want people to know that when they are in my care I will treat them like family and I will always be in their corner fighting and advocating for them,” she says. “I want my patients and community to know I’ve worked hard for what I’ve got and see me as a great asset to the ARH team.”